You are here: Home / Archives for quit smoking

As the sun spilled across my desk and onto the beads, the golden needles sparkled like crazy within the stones. It was as if they were speaking – and before long “we three kings” came to mind. The newly fallen snow had covered every branch and sitting by the window I knew it was cold – I could feel it coming off the glass. But the golden stones made me warm. “We three kings,” I repeated to myself. It shall be regal yet wearable. Fancy yet somewhat simple. The large link chain that had just arrived was the perfect balance to the nugget I had selected for the pendant. I hadn’t thought of a tassel initially. But the more I thought of kings, queens, and castles, the more it seemed appropriate – appropriately lavish.

When the piece was finished I tried it on immediately. The coolness of the stones felt lovely against my skin – as did the chain tassle. I imagined it being worn with a long, full black velvet skirt, a wide black belt – with scrolls of passimentarie for texture, and a crisp white cotton shirt with the collar turned up, 3/4 length sleeves and fancy French cuffs. “But what if she wanted more – more sparkle?” I thought. So, the next piece was created as an add on – to be worn long or doubled. Or to be worn alone with a dress or jeans.

The rounds were pricey due to their quality – AA grade – so I tried to use them sparingly. But as I thought of a coordinating bracelet, the beads I chose to enhance the faceted nugget would have to be special. You see, bracelets are usually viewed up close. More so than necklaces. Only the finest stones could be used. Those AAA Citrine Briolettes that I’ve been saving would be perfect! Not only would they provide sparkle and shine but if clustered, they will give the piece some girth – or heft. For if she were only to wear one bracelet, it should be somewhat substantial to contrast with the airy necklaces.

And so, now that I’ve had my fill of Golden Rutile Quartz, the beads shall be put away until the next urge arrives. For with the warm weekend that just passed, my thoughts have turned to Lemon Lime.

Happy New Year! While I never really make New Year’s Resolutions, this year I have vowed to eliminate clutter in my life. By doing so I hope to get more room in the brain for the creative process. In addition to looking forward, I tend to look back – to briefly assess any accomplishments.

This year, my major accomplishment has been to remain a non-smoker. Quitting the habit was something I’d wanted to do for many years. With the exception of quitting for the pregnancy and nursing of my first born, I had been a regular smoker for nearly 25 years with a habit of 1/2 to 1 pack a day depending. How did I do it – and while married to a smoker?
I began by feeling bogged down by the addiction. Yes, you have to tell yourself you hate it and do so over and over again. After you’ve convinced yourself that you’ve had enough of the addiction, go to your doctor for help. My doctor gave me a prescription to help reduce cravings and withdrawal symptoms. And while I received this prescription in September of 07, I didn’t start the program because I was taking another medication for a different problem. I waited until I had finished those meds before filling the prescription. Being able to focus on taking only one medication was helpful for me.

What were the meds like? For me, I felt extremely angry all the time. I felt like yelling all the time – and I was yelling alot more than usual. I don’t know for sure if it was the meds or the fact that I was angry for denying myself something my body wanted. Thankfully, it went away after I stopped taking them 2 months later. In addition to taking the meds, to keep from smoking I used a few other tricks.

1) Change your routine. This is really important because it’s a distraction. If you can switch the order in which you do things, it really helps.

2) Identify your triggers. Once you identify your triggers, stay away from them as much as possible. Bars, parties and alchohol were off limits for a while. I still had to drive though so I would distract myself with the radio – singing – lots of singing. Some people hold things like a pen or pencil.

3) Take deep breaths. A friend once told me that smoking was the body’s way of telling you it wants you to breathe. When I felt like smoking I would take a few deep breaths – I think getting the oxygen to the brain probably helped.

4) Prepare yourself mentally – you will be taunted by cigarettes for a long time. I’d drive by the gas station and see ads for cigarettes – ouch. I’d go to a movie and they would be either smoking on the screen or I’d have to walk thru cigarette smoke to get to my car. Eventually, the smell of cigarette smoke became disgusting and that helped but until then you need to find a way to deal with the temptation.

5) Tell yourself and others that you don’t smoke anymore. This was probably the key to my being able to quit. Whenever I was tempted to “light up”, I’d tell myself “I’m a non-smoker now.” The power of the spoken word (or thought).

What has been the most challenging? I used to associate the creative process with smoking. Meaning, when I’d get stumped about a design or needed inspiration, I’d go have a smoke. I won’t belittle that process because I realize for some, the opportunity to break with a smoke yields results. But I will say that by recognizing the smoke break as JUST A BREAK, I was able to eventually get past it.

Even tho I quit over 1 year ago, I still take it 1 day at a time. Sometimes I still say it – “I’m a non-smoker now.” It’s important to accept that you’re human and the possibility of faltering is there and that if it happens, it’s ok.
Have a Happy and Healthy 2009! 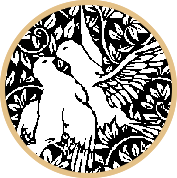